Sutton United will be hoping they can halt a decline in recent form! This has seen them fall to three successive defeats when Tranmere arrive at Gander Green Lane.

The Merseysiders, meanwhile, are pushing for a return to the football league and sit fourth in the Vanarama National League table. They have only lost twice from their first 10 games this season, while Sutton have lost five.

Given recent form and league standings, Tranmere will certainly be favourites going into the game, though their last outing saw a fairly disappointing goalless draw at York.

Bet on Tranmere to WIN 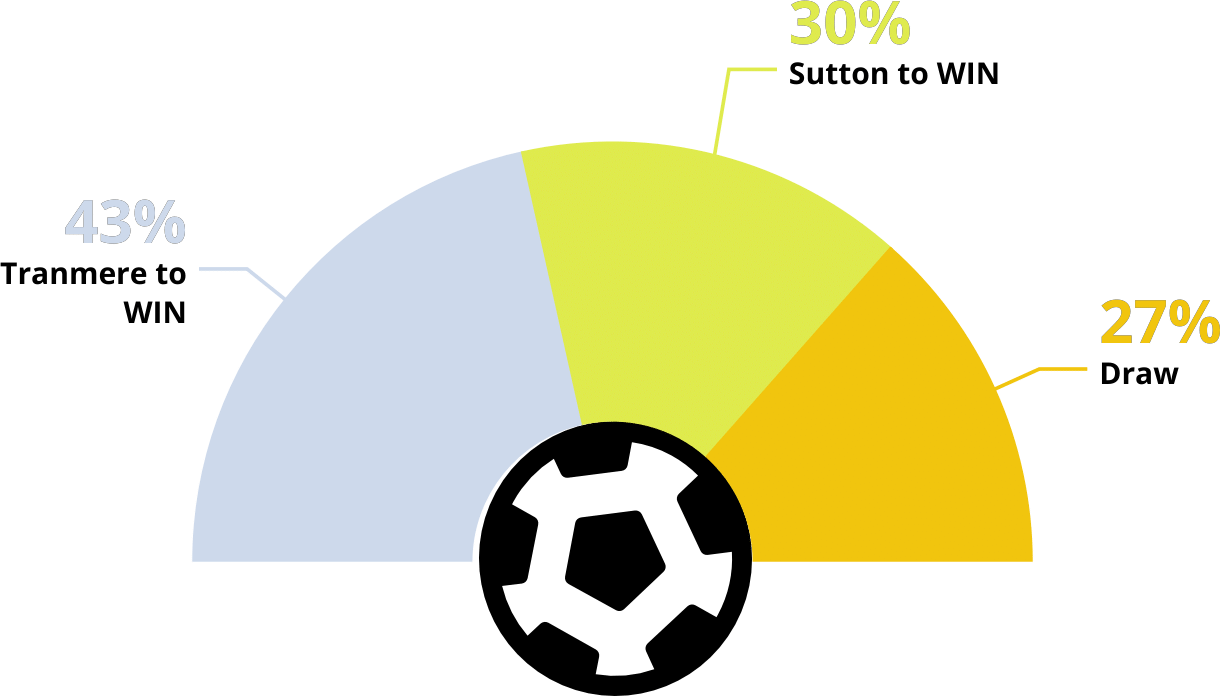 Tranmere had scored in every league game this season, but have now failed to score in two. Considering that they will be favourites in this one, expect them to rediscover their touch in front of goal. We can see Tranmere winning this one for sure, and that can be backed at 11/10.

While Sutton may have lost three on the trot, none have been by more than a single goal!

We can, however, see that changing in this one. Tranmere have dropped from third to fourth after that draw at York, and will be going gung-ho to ensure they don’t end up sliding further down the table.

We can see Tranmere grabbing a couple of goals here. While Sutton have a constant threatening presence in Nicky Bailey, Tranmere have James Norwood and Andy Cook. Both have been in fine form this season, scoring nine between them. We think Tranmere will win the game by two clear goals, and that is 5/1.

Bet on Tranmere to WIN by 2 clear goals

This will be the first ever league meeting between these two sides. Sutton were promoted to the Vanarama National League last season as National League South champions. They currently sit four points ahead of the drop zone, and only five behind the playoff places. It’s been literally a middling start to the season, but if they can avoid relegation they have a good chance of kicking on and looking for another promotion.

Tranmere were a football league club for 94 years but were relegated in 2015. Their start has been encouraging, and many are tipping them to get back into League Two by the end of the season. This match will also be their first ever televised league match.