England have played Slovakia four times in their history to date and have won three and drew one match. This draw was against the run of play and England deserved to win it. 10 goals were scored in these matches giving an average goals per game of 2.5. Eight of these goals have been England so for this game our betting tips and prediction is to bet on England to win which is priced at evens and offers excellent value.

A photo posted by England (@england)

We are glad to see Michail Antonio called up to the senior squad for the first time as he scored against Man City on Sunday. The most surprising omission though is where is Ross Barkley? Unused in Euro 2016 and unused again now. We are glad that some players have been omitted though, at one point it looked like Allardyce was going to appoint players he’d worked with closely in the past, e.g. Mark Noble who we don’t rate at all. We also don’t rate John Terry and are glad to see he’s still retired! Wayne Rooney was never in question especially after his recent assists and goals in the Premier League, and Sturridge completes the squad. Overall we think that these choices are solid selections with Allardyce making changes based on logic instead of some of the questionable decisions made by his predecessor.

Prediction: their last meeting shows England are the better team

Failure to beat Slovakia last time cost England dearly but England outplayed Slovakia and had more shots, possession etc. They will not fail this time, especially with less nerves which seemed to plague them during the Euros. 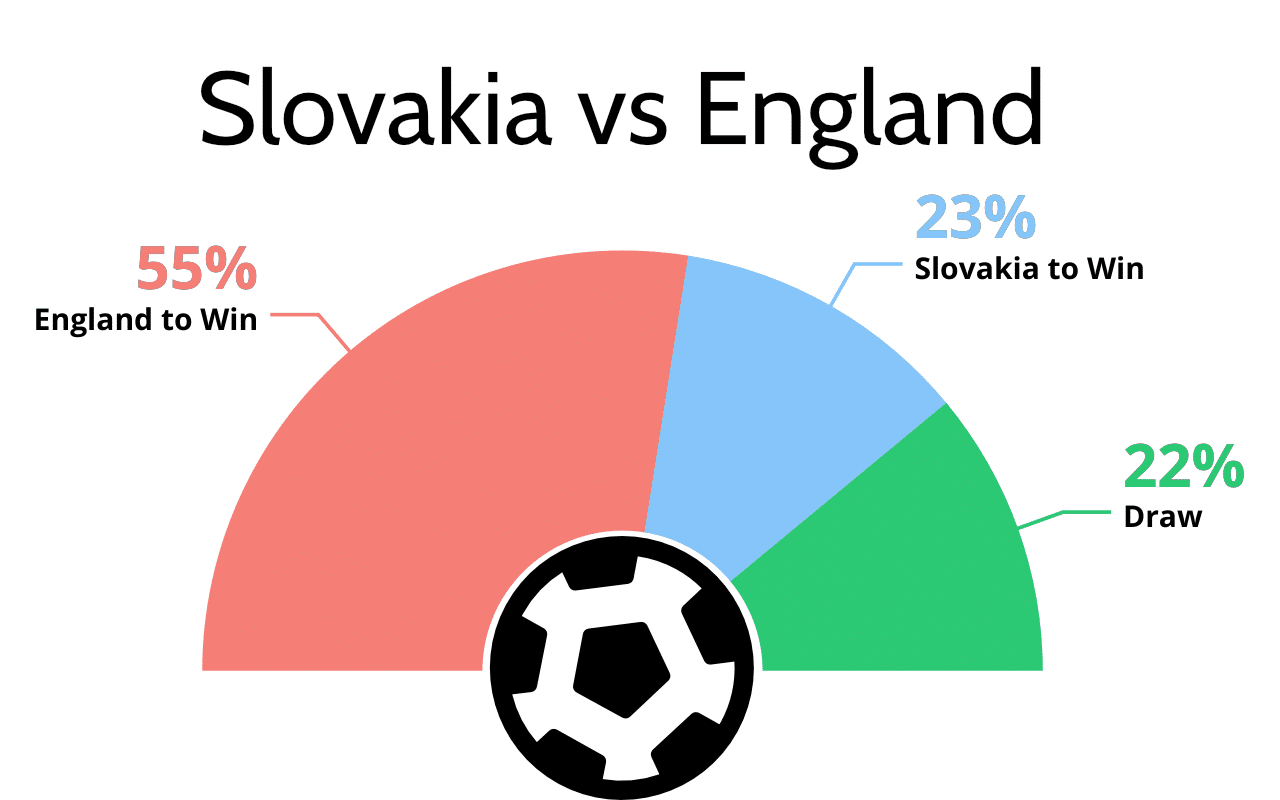 Our prediction is based on our chances for this match in the above graphic. This differs from the bookies who are giving Slovakia more credit than they deserve. The also have a special odds offer of 10/1 on an England win making this bet a no brainer.