Schalke have picked what is roundly regarded as the Bundesliga short straw this week!

They play host to Bayern Munich on Friday evening!

Bet on Over 3.5 Goals at Treble Odds 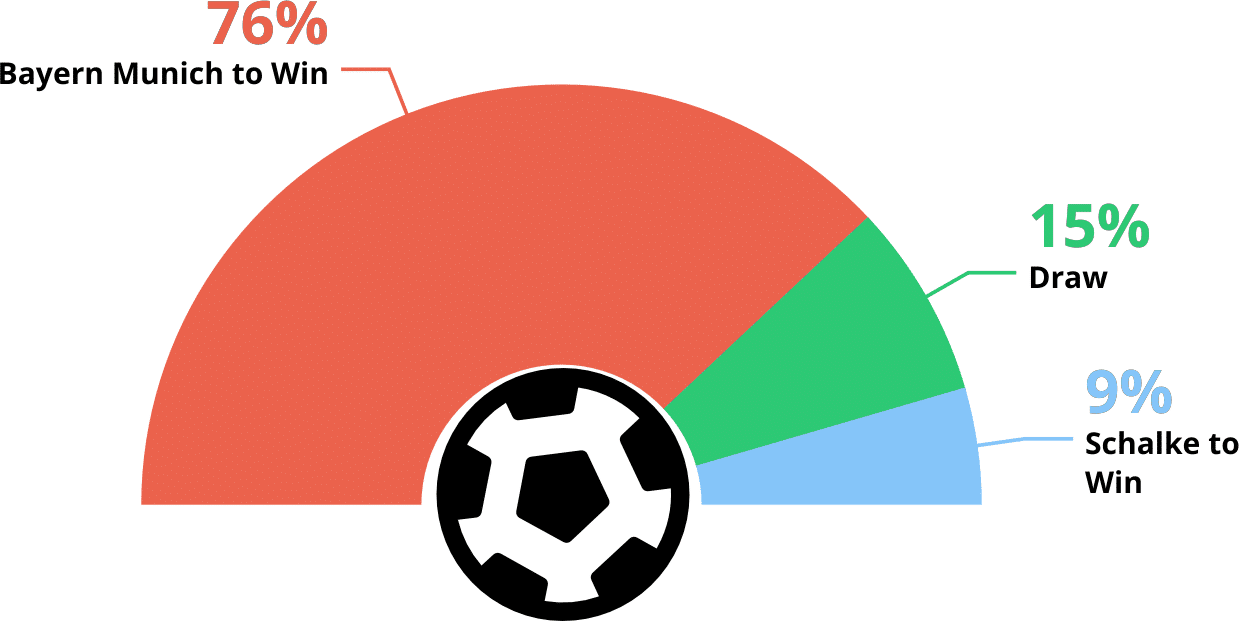 This season’s Bundesliga is only one game old, but already it appears that despite a change in management over the summer months, Bayern Munich are still an irrepressible, seemingly unstoppable force!

Carlo Ancelotti’s men strolled to a 6-0 thrashing of Werder Bremen which featured a Robert Lewandowski hat-trick.

Schalke began rather slugglishly; going down 1-0 at Eintracht Frankfurt thanks to an early strike from the evergreen Alexander Meier and the visitors unable to take advantage of a late red card for Michael Hector.

Recent head-to-head will help with predictions

Bayern predictably hold a strong grip in recent meetings between the sides, unbeaten in the last twelve encounters across all competitions, winning ten.

The sides played out too keenly-fought 1-1 draws two seasons back, with Benedikt Howedes the scorer for Schalke on each occasion.

The last time the men from Gelsenkirchen defeated the Bavarians was a March 2011 cup tie, with Raul netting the decisive goal.

Bet on over 3.5 goals for this match! This is because the corresponding fixture last season saw the visitors run out 3-1 winners and Bayern have averaged three goals in these games in their previous seven encounters.

Schalke have managed to find the net in four of their last five meetings with the Bavarians and have a strong array of attacking options, which could take advantage of a defence still adapting to Ancelotti’s style of management.

Muller first goalscorer – Thomas Muller netted twice for Germany in Norway on Sunday – an early indicator that he has re-found his shooting boots after a disappointing European Championships.

Muller 20 goals in the league last time out and is a generous 5/1 to get the first goal of this contest.

Bet on Over 3.5 Goals at Treble Odds

Bayern Munich could hand a debut to Renato Sanches – the highly-rated Portuguese teenager was an unused substitute against Bremen, while Mats Hummels is expected to maintain his place in a side who have no fresh injury concerns.

Despite a plethora of exciting new signing over the summer months, centre-back Naldo was the only league debutant to start for Schalke last week, although Breel Embolo, Baba Rahman and Nadil Bentaleb made appearances from the bench.

Yehven Konoplyanka, the winger signed on loan from Sevilla, should start although another signing from Andalucia – Coke, who netted twice in the Europa League final, is unavailable through a long-term injury.