Reading and Ipswich head into this Friday evening encounter with seven and eight Championship points respectively:

This suggests this could be a close battle between two evenly matched sides!

Reading are slight favourites in the bookmakers’ eyes and, given Ipswich’s terrible recent record at the Madejski Stadium, they are deservedly so!

Read on for our full betting tips:

Bet on Reading to Win 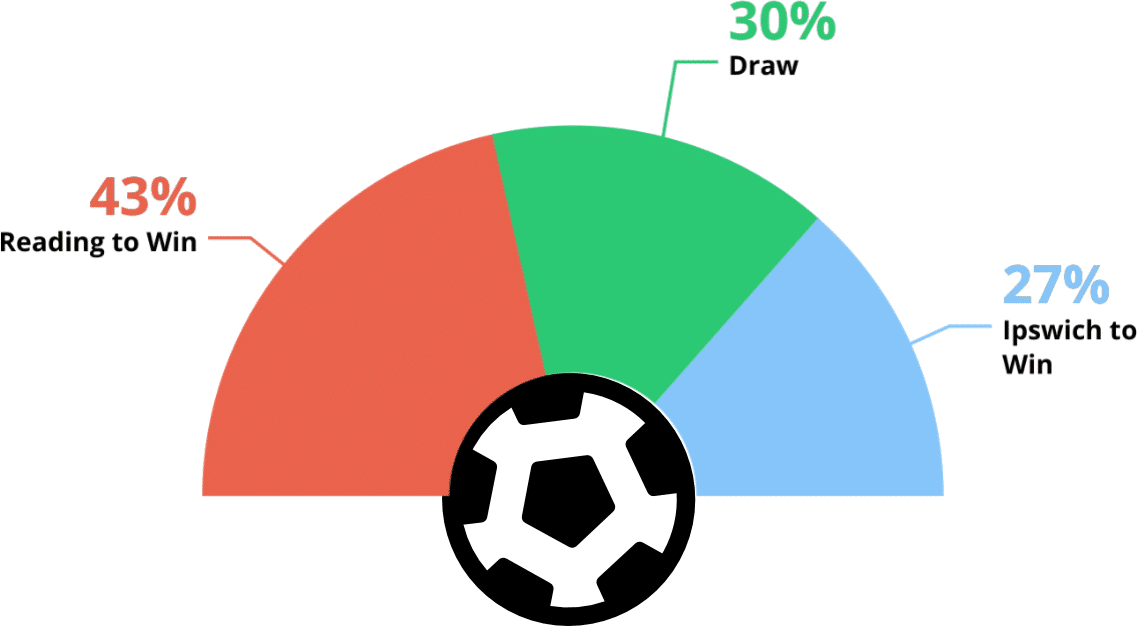 Predictions: History suggests Reading should edge this one

Ipswich have not won away from home yet this season!

They lost 2-0 at Brentford before drawing 0-0 upon their visit to Wolves – while Jaap Stam’s Reading side have won and drawn the two Championship matches they’ve played at the Madejski Stadium, so the most likely predictions in this weekend’s meeting are a home win or a draw.

Its basic stuff really… whatever you do make sure to use our treble odds offer which will significantly boost your returns!

There hasn’t been a draw in the last 11 matches between these two sides, with Reading proving to be somewhat of a bogey team for Ipswich.

Reading lost the most recent meeting – a 2-1 reverse at Portman Road Stadium last February – they had won eight of their previous nine meetings with The Blues, including a 5-1 win in this fixture last September.

So you’d be smart to back Reading!

That was their fifth consecutive home win over Ipswich and the odds are 6/5 for them to make if six from six.

Betting tips: It should be a narrow margin of victory

If Reading do pick up a win in this match, this preview suggests it to be a narrow one…

They may have won by four goals last year, but that was Reading’s largest margin of victory over Ipswich this century and that day’s hat-trick hero Orlando Carlos Braga de Sá is no longer at the club.

Before that, their five previous wins over the Suffolk side had been edged by just one goal and it would be no shock to see a similar scenario unfold in this weekend’s clash!

Bet on Reading to Win

Given that both of Reading’s wins so far this season have also been by the solitary goal – including the impressive 1-0 win away at Cardiff last time out – it would be perfectly logical to back the 11/4 odds being offered on Reading to edge this game by one.

In terms of the exact score bet, 1-0 seems to be have been Reading’s favourite method of frustrating Ipswich over the years!

Jaap Stam would be content to see any one of those scores on the Madejski Stadium scoreboard come full-time on Friday evening!