Old Trafford will see a replay of Saturday’s Premier League fixture when the Red Devils welcome back Slaven Bilic’s West Ham on Wednesday night in the EFL Cup quarter finals. Having salvaged a point against the home team just three days earlier in the same venue, the Hammers will head into the midweek clash with boosted confidence. Albeit there are pleasant memories of keeping United at bay in their own home ground and knocking out their London neighbors Chelsea in the preceding round of the EFL Cup, West Ham have had a poor league campaign thus far. Currently positioned 16th in the league, West Ham had seemed defensively vulnerable in their previous outings but the switch to a 5-4-1 looks promising and could help them grind out another positive result against the Red Devils.

Manchester United have played some impressive football at home of late but they don’t have much to show for it. United failed to win any of their last four league fixtures in their own ground and three of these matches were against teams positioned in the bottom half of the table. With only 20 points under their belt, United are trailing the leaders Chelsea by 11 and fourth positioned Arsenal by 8 points. Mourinho lashing out at a water bottle during the West Ham game this weekend could be seen as a reflection of abject frustration slowly intensifying around the Old Trafford. The Portuguese was sent off for his reckless outburst and will be confined to the stands when the Hammers will return for the EFL Cup quarter final this Wednesday.  But apart from the league, United’s home form has been quite impressive. They have won all four of their non-league matches in front of their home crowd, which includes a 1-0 victory over Manchester rivals Manchester City in the 4th round of the EFL Cup.

Manchester United will be without the services of Paul Pogba and Marouane Fellaini as the duo picked up their fifth yellow card of the season against West Ham last Saturday. Chris Smalling and Eric Bailley will also remain unavailable.  Schweinsteiger can be a surprise inclusion in the squad to fill in for the midfield absentees. Anders Herrera would also be a strong contender to start.

Diafra Sakho, who had stunned Old Trafford earlier this week with his 90 second opener, has suffered a minor knock but is expected back before Wednesday. If he fails to recover in time, Andy Carroll might be the one leading the line for West Ham.

Thanks to a piled up list of injuries and suspensions, United will be missing some influential names on their team sheet. West Ham, whose improvements have been noteworthy in the last two matches, might take advantage of the situation. 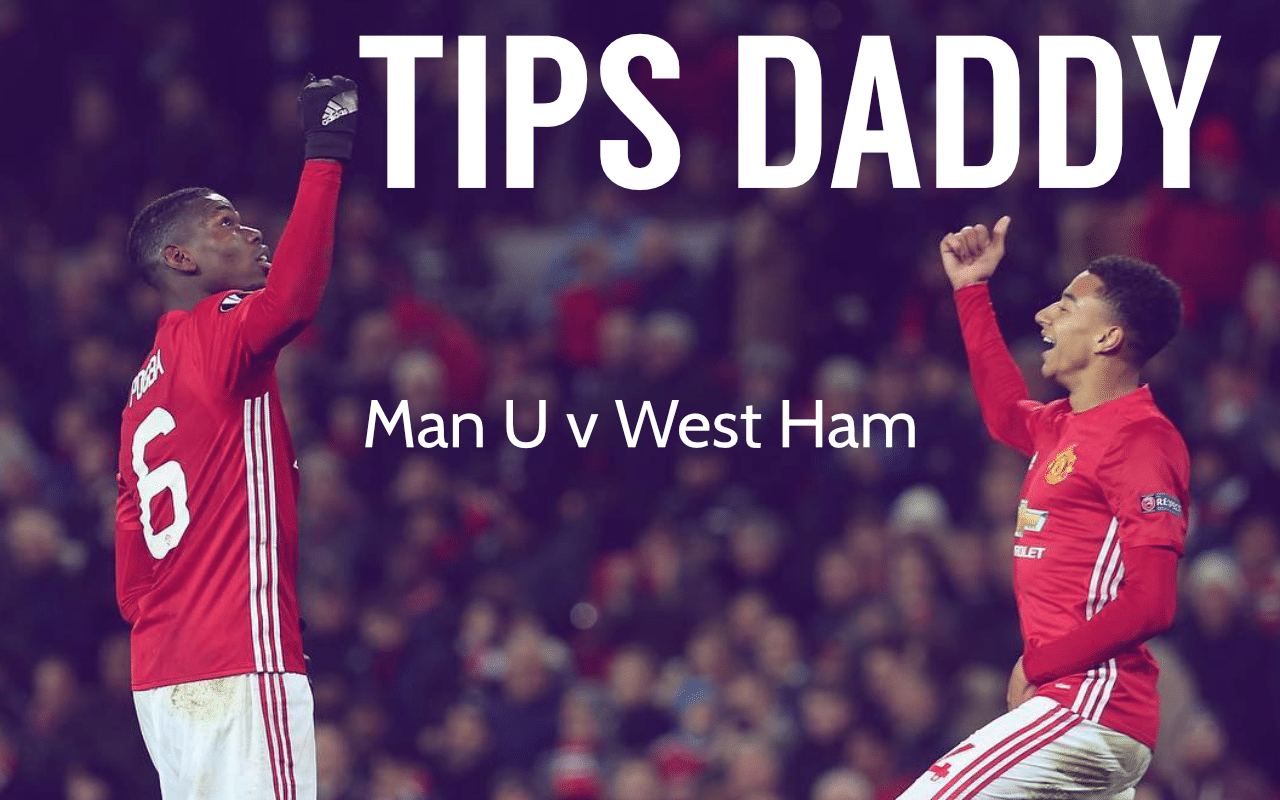 MANCHESTER UNITED(6th in the Premier League, last 5 matches in all competitions)

WEST HAM UNITED(16th in the Premier League, last 5 matches in all competitions)