Manchester United is set to renew their rivalry with arch-rivals Liverpool in a highly anticipated Sunday afternoon clash. The Red Devils enter the fray in stunning form, having won nine games in a row in all competitions. Yet the Sunday hosts find themselves five points worse off than their Merseyside counterparts and are currently positioned sixth in the league table.

Liverpool have hit a rut recently and are currently winless in their last three games in all competitions. Jorgen Klopp’s men were held at Sunderland in the previous Premier League game-week before they played out a goalless draw against Plymouth Argyle at home in a FA Cup third round clash. Liverpool’s poor run of form continued when they handed out a 1-0 advantage to Southampton in the first leg of EFL Cup semi-final tie on Wednesday night.

Zlatan Ibrahimovic missed United’s Tuesday night EFL Cup semi-final match against Hull with an illness. But Jose Mourinho is convinced that his preferred number 9 will be back in contention for the Liverpool game. That means Marcos Rojo is Mourinho’s only fitness concern as the Argentine recovers from a muscle injury.

James Milner and Phillipe Coutinho are set for a start after making cameo appearances against Southampton on Wednesday. Simon Mignolet will replace Loris Karius on goal. Jordan Henderson and Joel Matip are still doubtful. 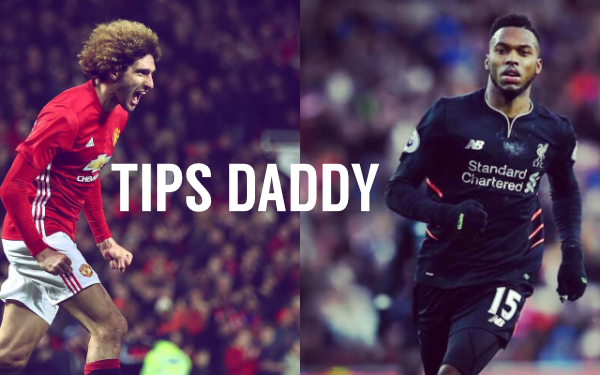 Manchester United are in their best form of the season. In spite of being sixth in the standings, they have narrowed down the gap with the top four and have proved themselves worthy of a title challenge. But Liverpool have been excellent against the title contenders and are still unbeaten against the top six clubs. They have beat Arsenal away from home and also saw off Chelsea and Manchester City at Anfield. We are expecting a draw at Old Trafford.