After successfully putting an end to Tottenham’s unbeaten run at home last week, Chelsea will lock horns with Manchester City in a top of the table clash at the Etihades on Saturday. None of these sides have any midweek fixture prior to this game and both will give their best efforts to wrap up the points. Conte’s Chelsea continued to fascinate as they mustered a phenomenal comeback against the Spurs after going a goal down at Stamford Bridge. Christian Eriksen’s 11th minute strike was the first goal Chelsea had conceded since mid September but still they managed to maintain their winning streak thanks to goals from Pedro and Victor Moses. With seven wins in a row, Chelsea tops the league table with 31 points, a point clear of Manchester City and Liverpool.

Being winless in three of their last six games, the Citizens had paved the way for their title rivals Chelsea and Liverpool to claim the top two spots of the table. After an exhausting away trip at Turf Moor, Pep Guardiola would try to utilize his side’s home advantage to defuse Conte’s rampaging Chelsea and topple them from the summit of the table. But he might not consider his side’s hard earned victory against the Clarets to be the best preparation for Saturday’s high-voltage kick off. The hosts started the game with high pressing and constantly made life difficult for the City centre-backs. Shortly, the visitors found themselves chasing the game as the home side was rewarded for their belligerent endeavors through a sublime Dean Marney strike. But Aguero was in the right places in the right moments to take advantage of Burnley’s defensive blunders and nodded in a brace to seal a vital win for City.  Guardiola would definitely be calling for a substantially improved performance from his players when they meet the high flying Blues. 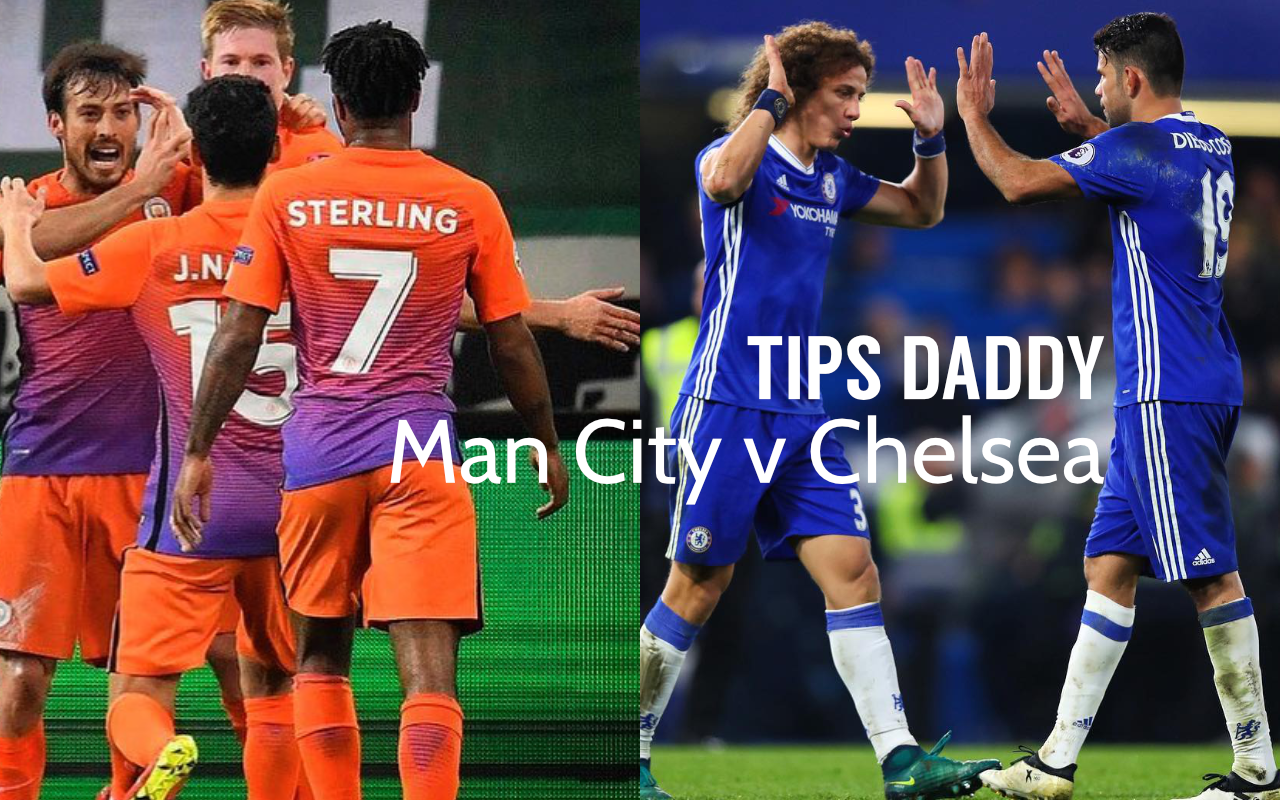 Chelsea is expected to field an unchanged squad. John Terry, the skipper, is ruled out for a muscular injury till mid December. But the veteran defender wasn’t a regular member of Conte’s starting XI since Gameweek 4 and shouldn’t be a major concern for Conte ahead of the pivotal clash.

Manchester City will also be playing without their captain Vincent Kompany, who is out for another long spell with a knee problem. Yaya Toure could be brought back to a deeper role alongside Fernandinho as Kevin De Bruyne will be back in the squad. Raheem Sterling, who is a doubt for a knock, is also in contention to start beside De Bruyne and Nolito. Alexander Kolarov didn’t look much radiant playing as a centre back in the Burnley game therefore John Stones is expected to pair up with Nicolas Otamendi at the core of City’s defense while Kolarov moves to his preferred left back position replacing Gael Clichy.

Both teams are genuine title contenders and a win in this fixture for both of them. Chelsea seems unstoppable now as they have been brilliant both offensively and defensively. Manchester City seems to have throttled down after having a flying start to their campaign. They lacked the fluency they showed in their first matches in their recent performances. They have seemed sloppy in defense but the return of Bacary Sagna has consolidated their back four. Chelsea have succumbed to defeats at Anfield and the Emirates ;  keeping that in mind, they might find it difficult to emerge victorious against a side who are yet to concede a home defeat this season and have defeated the likes of Barcelona at home.