Stoke City sit rock bottom of the Premier League table and they’ll be desperate to begin their push out of the bottom three this weekend!

They visit Selhurst Park to take on another team that has found its name discussed in the same sentence as the word “relegation” over the course of the past few weeks!

Bet on more 2nd Half goals

Prediction: We may have to wait for the goals, but they’ll come in the second half

Despite ultimately going down 4-0 to Tottenham Hotspur last week, Stoke actually held on well against last season’s 3rd-placed team to start that game, not conceding the opening goal until the 41st minute, after which three second half strikes from Heung-Min Son, Dele Alli and Harry Kane rounded off their defeat. That has been a common theme of Stoke’s matches this season, with eight of the 12 goals from their opening four Premier League fixtures arriving after the half-time break.

Although Crystal Palace’s matches have only involved a total of seven goals, they’ve also seen more than half of those goals – four, to be exact – come in the second 45 minutes. That is why a decent betting tip for this Sunday’s match could be to put a bet on there to be more goals in the second half than in the first half, which can be found at odds of 11/10. 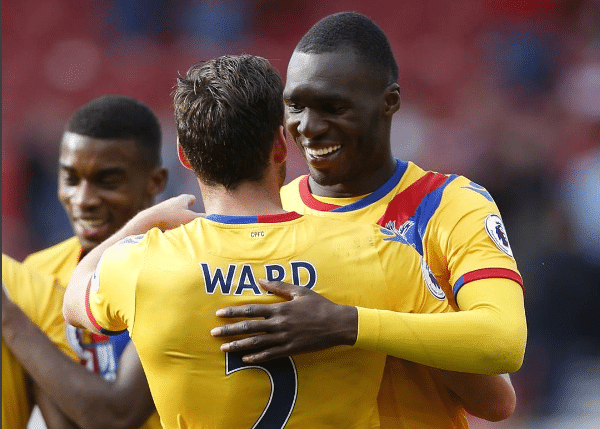 How about this for a good value tip? Palace could collect another 2-1 win

Crystal Palace actually have an impressive record against Stoke, having defeated the Potters in each of their last four encounters, while they have lost just one of their last ten meetings.

Interestingly, the last three Premier League clashes between these two sides all finished 2-1 to Palace, which obviously lends itself to a prediction for this match to finish 2-1 as well. The odds for such a bet are 17/2 and are certainly worth considering given the excellent value on offer.

Given that Alan Pardew’s side are somewhat of a bogey team for Stoke City and given that they are at home, Palace are favourites to win this match in the eyes of the bookmakers. Yet they have conceded in all of their matches so far, so it would make sense for them to concede at least once even if they do go on to take all three points – i.e. it would make sense if the match finished 2-1.

That is exactly how they secured their win over Middlesbrough last weekend, with their shiny new striker Christian Benteke and Wilfred Zaha etching their names onto the scoresheet along with Boro’s Daniel Ayala. Perhaps another 2-1 win can be added to the history books this weekend to make Stoke’s poor start to the season all the more troubling.