Manchester United will face Alan Perdew’s Crystal Palace at Selhurst Park as Premier League’s midweek actions continue. Both teams have enjoyed recent success after a series of disappointing results and are hopeful of launching a successful run of fixtures based on these inspirational outcomes. Manchester United savored their first home league victory in two months when they saw off a formidable Tottenham side on Sunday. Henrikh Mkhitaryan fired home the match deciding goal in the 29th minute. The Armenian scored 2 goals in as many games for the Red Devils and played a vital role in handing Jose Mourinho his first big win as United manager.

Alike his United counterpart, Alan Perdew has also been breathing a bit easily these days thanks to a two match unbeaten run. After suffering a losing streak of six games , avoiding defeat in two consecutive games does look like a remarkable accomplishment. Still Perdew might feel that his side deserved two more points when they drew 3-3 against Hull at the KCOM stadium in their weekend league match. The Eagles blew off a 2-1 lead to settle for a 3-3 tie as Christian Benteke, Wifried Zaha and Frazier Campbell found the back of the net. 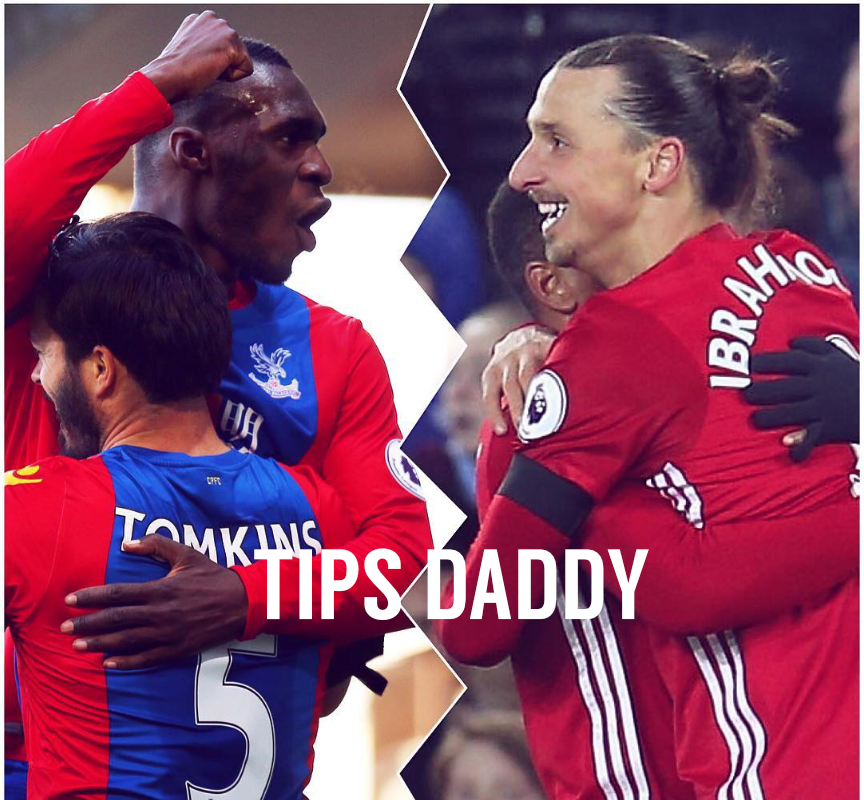 Henrikh Mkhitaryan’s shining day at Old Trafford ended in a disheartening manner when he was stretchered off the pitch against Tottenham. Mkhitaryan will not be returning before Christmas and Antonio Valencia would also miss out the trip to London because of a suspension. Timothy Fosu Mensa, Ashley Young or Matteo Darmian could be entrusted in the right back. Luke Shaw is still out for the knock he picked up against West Ham in the EFL Cup match whilst Eric Bailey is expected back into the starting lineup. Chris Smalling also remains sidelined with a toe injury.

James Tomkins and Bakary Sako are out with knocks while Jason Puncheon will also be cut off from the starting lineup. The Palace midfielder picked up his fifth yellow of the season on Sunday’s 3-3 thriller at Hull.

Manchester United seemed to have found their rhythm in their past few matches and they should take advantage of Palace’s shoddy defending. We are rooting for a United victory at Selhurst Park.