Manchester City will look much better of the two teams when they visit Borussia-Park for their 2nd leg clash against Borussia Monchengladbach. The Citizens are next only to table-toppers Barcelona in the Group C cluster having earned 7 points from their 4 outings. A crushing win of 4-0 over the German club in the 1st leg has given Man City the desired cushion before the 23 November face-off .

For Gladbach, coach Andre Schubert will have the services of Christoph Kramer (back from a one-match suspension) at the back and midfield. 20-year old, Mahmoud Dahoud, returning from injury will assist Kramer in a midfield role. Tobias Strobl, is another back line player who can take up midfield responsibilities. Kramer, Dahoud and Strobl have their work cut out against a Manchester City attack that will come hammer and tongs at them. The presence of the injured Alvaro Dominguez in the defence would be missed. Dominguez has been one of the mainstays of the Gladbach defence since 2012 and has featured in as many as 75 games for the club.

For Manchester City, Sergio Aguero will spearhead the attack as usual at Borussia-Park and will look for more goals to add to his hat-trick in the 1st leg. The presence of Raheem Sterling and Kevin De Bruyne in the flanks will give added impetus to the City attack. The inclusion of the 20-year old Nigerian striker, Kelechi Iheanacho, sometime into the match cannot be ruled out, given the fact that this will be low-pressure game for City. Read on below…. 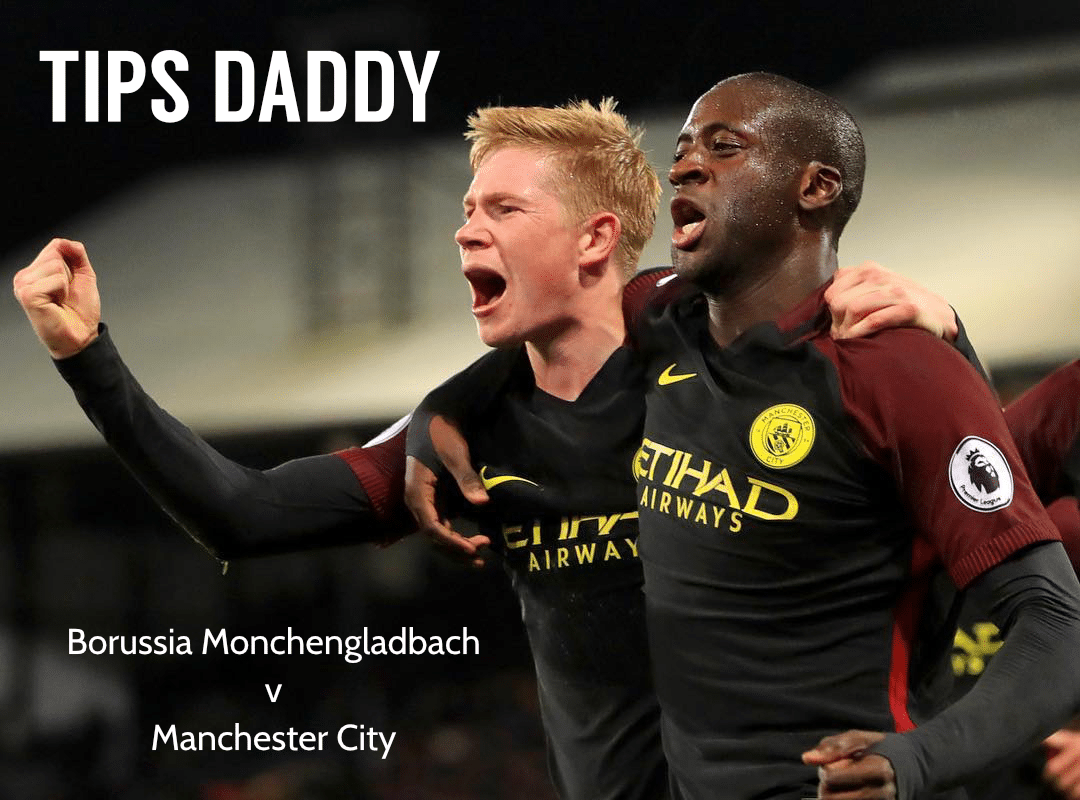 Speaking of recent form, Manchester City are in the 3rd place on the English Premier League table with 27 points and just one behind toppers, Chelsea, who have 28. Borussia Monchengladbach, on the other hand, are struggling at the bottom half of the Bundeliga table. At the 13th place with 12 points from 11 games, Gladbach have conceded as many as 17 goals which is only less than that of the bottom four sides of the Bundeliga.

The Citizens have a hundred percent record against Gladbach having won all of their three encounters so far. City’s last visit to Stadion im Borussia-Park in 2015 had resulted in a 2-1 win. In all likelihood, it could be a similar result this time. The hosts will need to win in excess of five goals if they are to dislodge City from the 2nd spot in the Group and keep their tournament hopes alive.